As Candy Drops On Manteo, So Do Cold War Lessons Of Generosity And Gratitude

ShareTweetEmail
Listen
Listening...
/
Jay Price reports on the annual reenactment of a heartwarming part of the Cold War -- a candy drop for the children of Berlin during the Soviet blockade.

In Manteo yesterday, hundreds of people turned out for an annual reenactment of a heartwarming part of the Cold War -- when American pilots dropped candy from the sky for the children of Berlin during the Soviet blockade.

But yesterday's reenactment was missing its star character – a 97-year-old veteran who came up with the idea for the candy drop.

Retired Army Air Corps 1st Lt. Gail Halvorsen had planned to attend yesterday’s Manteo event, as he’s done many times before. But he didn’t quite make it. He got sick after traveling from his home in Utah and was hospitalized in Norfolk.

“I came a long way from Utah, and I was certainly looking forward to it but by the time I got here I knew I had a problem,” Halvorsen said in a telephone conversation from his hospital bed.

Halvorsen has been the gentle face of one of America’s grandest humanitarian relief efforts, an around the-clock airlift of food and supplies to the people of Berlin, Germany for more than a year when the Soviet Union tried to blockade them in 1948 and 1949.

Halvorsen came up with the idea of dropping candy to the city’s kids. 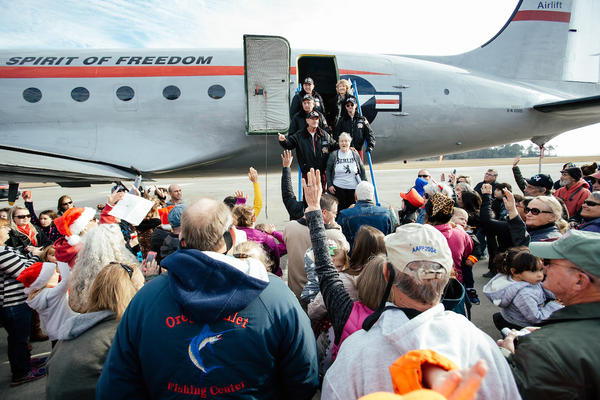 “To us children, he was a big hero,” said Karin Edmond, 76, an Outer Banks resident who was a small child living in Berlin during the airlift.

“The Berlin airlift was our survival, because they flew in all our food,” Edmond said. “If they hadn’t done that, 2.5 million people within a week would have starved to death.”

Edmond came to the U.S. after marrying an American service member and eventually settled in Manteo, where she ran a restaurant kitchen. Every year she raises about $12,000, much of it in small contributions, to replicate the candy drop at the local airport - complete with one of the C-54s the Americans flew into Berlin. 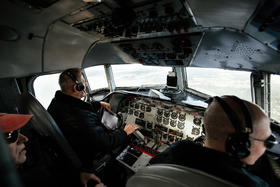 “This is our 18th consecutive year doing this and it’s always an honor,” said pilot Tim Chopp of the non-profit Berlin Airlift Historical Foundation.

The group has outfitted the plane as a kind of flying museum with displays on the airlift. It flies around the country, doing candy drops and explaining the importance of what the U.S. did in Berlin.

“What they did for Germany and Berlin, it’s a symbol of hope, and that’s probably what Gail means to everybody,” Chopp said.

Halvorsen said he hopes to be out of the hospital soon, but hates missing one more chance to talk to kids about the Berlin airlift. He said he wanted to talk about attitude, gratitude, and putting service before self.

“That’s the message I want to give the young people,” he said.

It was those things, he said, that had impressed him about a group of kids he saw standing outside the airport fence in Berlin. When he gave them two sticks of gum, they carefully divided and shared them. And they thanked him. 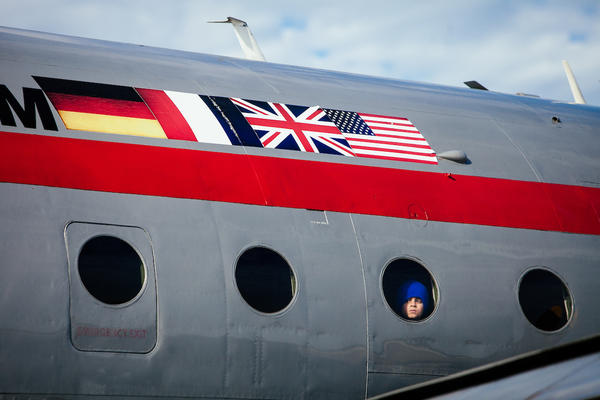 Their attitude inspired him to do more, so he started dropping candy. And when his commanders caught on, they recognized the publicity benefit and allowed other pilots to join in.

“For two sticks of gum in 1948, the children were so grateful they got 23 tons of candy from the sky,” Halvorsen said.

The kids sent so much fan mail to the Chocolate Pilot, or Candy Bomber, as he was known, the military had to hire two secretaries to handle it.

He became a sensation in Germany and back in the U.S., and he’s been the subject of books and documentaries.

Edmond said Halvorsen’s legacy is helping close the bitter rift that World War II had opened between Germany and the United States. His kindness put a human face on the airlift.

“Even today, it is something very special,” Edmond said. “Even today in Germany they teach you about the Berlin Airlift.”

And she wants to make sure kids in North Carolina keep getting the chance to learn about it, too. Even if the Candy Bomber himself can’t come back. She hopes to keep raising money to cover the costs for Chopp’s foundation to bring the plane every year to teach kids about Halvorsen and the airlift … and to bomb them with candy. 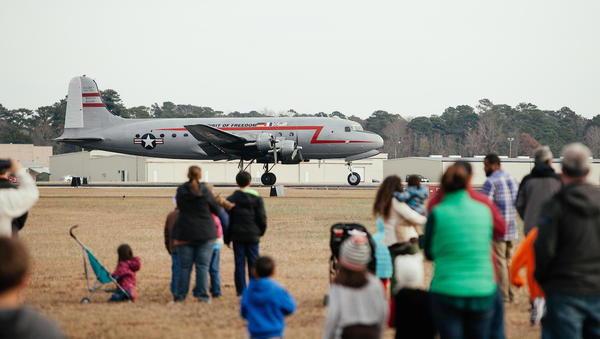 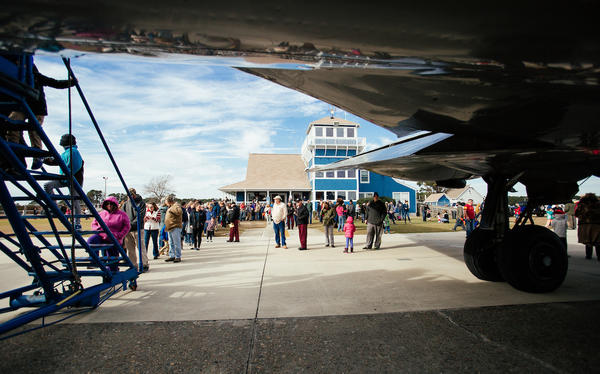 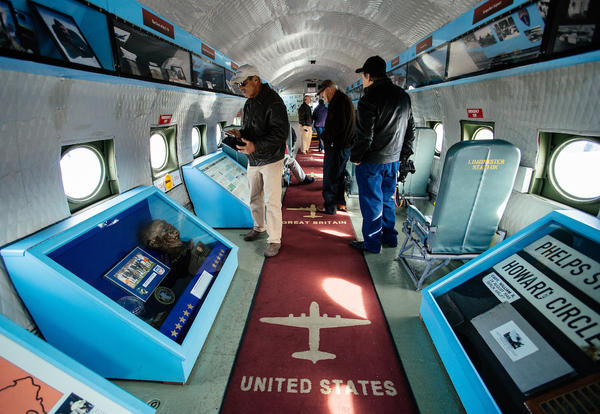 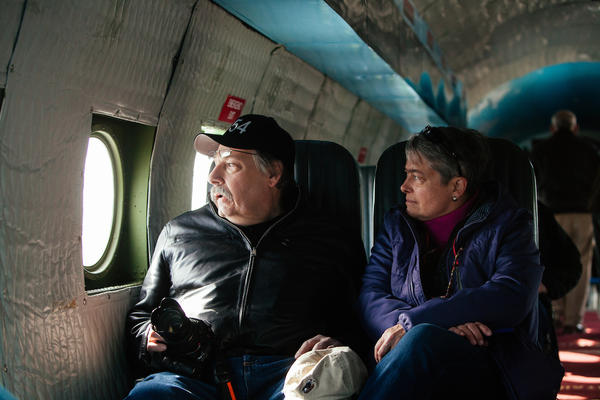 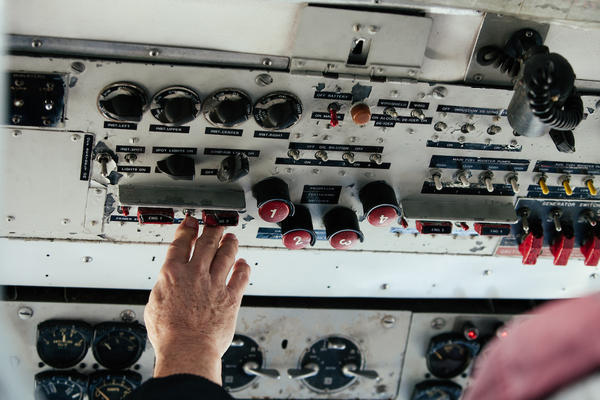 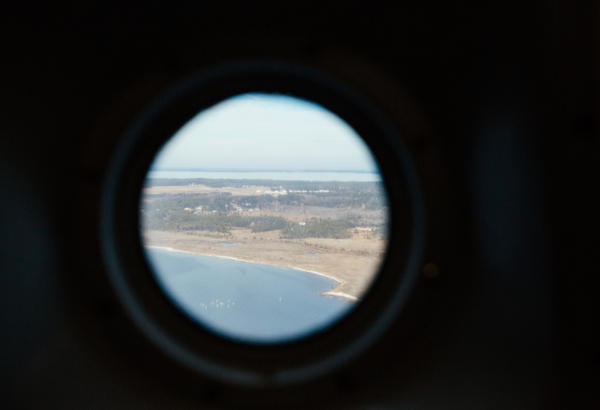 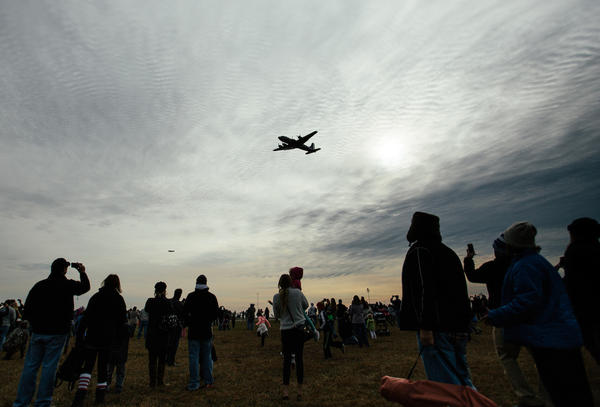 Soldiers Distribute Clean Water in Puerto Rico, Where It's Still a Luxury

Many residents are making daily visits to distribution sites, where the Army has set up portable water purification systems.

An hour of storytelling about life on and around Fort Bragg, N.C.  Recorded live at the Airborne and Special Operations Museum in Fayetteville, N.C.