As Decision Nears, Communities Across The U.S. Compete To Host Space Command Headquarters

Communities in 26 states hope to be chosen as the headquarters for U.S. Space Command, which could employ an estimated 1,400 people.

The process of selecting a permanent headquarters for U.S. Space Command is likely to finish sometime early next year. That means communities are making their final pitches to the Defense Department to bring the Command and its billions of dollars in economic investment to their cities.

The U.S. Space Force, established late last year, is itself headquartered at the Pentagon, as are the country's five other military branches. However, a large share of the Space Force's work will be conducted from Space Command.

The selection process was initially supposed to wrap up months ago. The Pentagon released a list of six bases as finalists in May 2019. Four of those finalists were in Colorado and included Peterson Air Force Base in Colorado Springs, where the command is located on an interim basis.

But leaders in other states alleged a lack of transparency in the selection process, and it was started over.

"[I'm] a little bit frustrated, because we felt like we competed very well last year," said Reggie Ash of the Colorado Springs Chamber of Commerce.

Ash argues his city is still the logical choice, so much so that the Pentagon announced Peterson will remain the interim headquarters for the next six years, no matter where the final home is set. Ash said Colorado Springs is already set to host the command, while other locations would require more extensive construction projects to house it.

"We've got to go through this process. But, at the top of the list, Colorado Springs is right there," Ash said.

Naturally, other cities aren’t so convinced.

Referred to by some as Aerospace Valley, California's Antelope Valley also is marketing itself as the best home for the Space Command. Palmdale, the valley's largest city, has a rich history with air and spacecraft.

Palmdale saw the first flight of the SR-71 Blackbird back in 1964. The space shuttle was built there. There are street signs that read Columbia and Challenger.

City Manager J.J. Murphy -- a former major in the Air Force Reserves -- is pushing to get U.S. Space Command to land in Palmdale.

"When I saw it, I'm pretty aggressive," Murphy said. "I took it with the same vigor that we chased Amazon."

Murphy said getting Space Command would be great for the estimated 1,400 jobs and $1-2 billion in federal money it would bring. But he said he also sees it as a way the region can continue to support deployed troops.

He said he's confident about Palmdale's prospects not only because of almost year-round good weather, but also because it has the other kind of space: room for the military to build and spread out.

"We're fortunate to have the land to be able to say, if Space Com comes here, this seriously could be the center of the aerospace universe," Murphy said.

Local elected officials are anxious to bring Space Com jobs to this region, which could mean a boon for both Los Angeles and Kern Counties.

"From a jobs standpoint, I know even our local businesses would greatly benefit from a new headquarters here," said Luis Garibay, Palmdale's Economic Development Manager. "Retail shops, even our local restaurants are excited about the potential of U.S. Space Com coming to our region."

Just a stone's throw from City Hall at Scramblez Cafe, Vietnam Vet Dean Brown was finishing up a veterans' breakfast.

He's lived in the area for 20 years and for him, having Space Com come to Palmdale is a no-brainer, in part thanks to the proximity of Edwards Air Force Base.

"It definitely needs to come here, it's set up for it," Brown said. "You've got Edwards -- gimme a break. Where do you think a lot of [space] stuff comes from to start off with? It was Edwards."

Communities in 26 states have submitted letters for consideration for Space Command.

Tim Ford, CEO of the Association of Defense Communities, said in a perfect world the headquarters would simply be awarded to the community that scores the highest on the evaluation criteria.

"But the reality is when you're talking about a giant investment, like this, there's no way that you can avoid politics," Ford said.

The Pentagon has said it hopes to announce their preferred location by the end of the Trump Administration in January.

The Space Force has been a priority for President Trump, so he may want the Space Command decision as part of his legacy before leaving office.

But if it's delayed past then, Pentagon observers expect the Biden Administration to stay the course and continue the process. 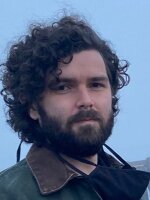