The Fate of Transgender Troops 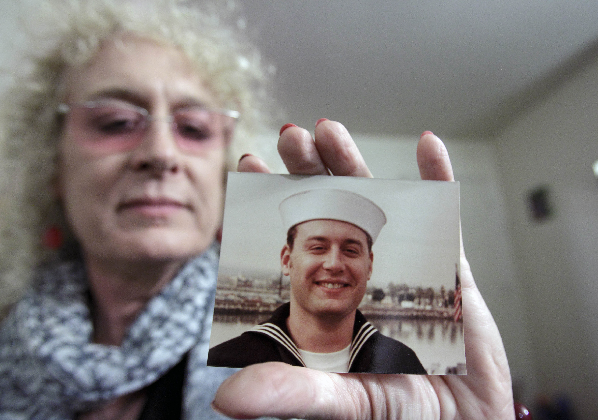 In the past decade the military has become increasingly open to service members of different genders and sexual identities.

President Trump signed a memo yesterday providing further guidance to the Pentagon about his ban on transgender troops. The central tenants of the memo: people who are transgender will not be allowed to enlist in the military, the Defense Department can decide the fate of active-duty trans service members based on criteria like "military effectiveness and lethality," and federal funds can no longer be used for sex reassignment surgery and treatment "except to the extent necessary to protect the health of an individual who has already begun a course of treatment ot reassign his or her sex." Read more here.

Since 2011, gay, lesbian and bisexual troops have been able to serve openly. In 2015, all combat positions were opened to women. And as of last year, transgender troops were given permission to serve openly as well. Last month, President Trump announced a change to that policy on Twitter, stating that transgender people could not serve “in any capacity” in the U.S. Military.

A new report from The Wall Street Journal indicates the White House will soon send further guidelines to the Pentagon about transgender troops. In the meantime, many transgender service members and veterans are left wondering about their fate.

Host Frank Stasio talks with Steve Walsh, military reporter for KPBS and correspondent for the American Homefront Project who recently talked with transgender veterans and their service providers.

On where things stand with transgender troops:

The Obama administration, Ash Carter, opened up the services to transgender vets allowing them to serve openly for the first time. That was in 2016. And there was a deadline of this July for the military to actually come up with a formal policy to state, like, how they would recruit and then incorporate transgender troops going forward. Secretary of Defense James Mattis initially asked for an extension of that. And then on July 26 the president tweeted out that they would not be allowed to serve in the U.S. military. And that's kind of where we are right now.

On the forthcoming White House memo:

We've upgraded from a tweet to a leak … What we know about the leak is it looks like Secretary of Defense Mattis is going to have some discretion over who is allowed to remain in the military. It seems like they will be barring people from enlisting who are transgender. And the key seems to be deployability: can this person function in a combat zone? Can they function aboard ship for months at a time? … But it still leaves tremendous unanswered questions. And you have a lot of people who are mid-career, who in fact came out over the last year and said that they were transgender  – began receiving things like hormone therapy. And now the question is what do you do?

On how the VA currently treats transgender veterans:

It’s quite different from active duty. Basically after “don’t ask don’t tell” ended in 2011, the VA sort of really got its act together. They created an LGBT health program in 2012. In 2011 they had their first transgender policy. And in 2013 they issued a 13-page national directive, which outlined … what the expectation is for every VA in the country. And now they have these LGBT coordinators at each VA in the country.

On how many transgender veterans there are:

There are numbers out there, but there is not a tremendous amount of agreement … If you look at certain studies including one out of the UCLA School of Law they say there could be as many as 134,000 vets out there who are transgender from all services … Keep in mind you couldn’t serve openly until last year, so everyone else came out after they were in the service, and of course not everybody is being served by the VA. This is a very hard group to get a handle on, and this is a very hard group to track.

On the potential significance of policy change on transgender troops:

The VA does everything all the way up to surgery. [It] does not do any sort of transition surgery, but then they’ll do all of the after care. But when it comes to the questions of like what they might provide, or what might happen, there's a lot of concern that yeah, you’ll see a lot of folks coming out that could be dismissed from the military rather abruptly. There could be maybe hundreds of vets we’re talking about that come out all at once. And the VA’s always struggled with influx of vets.The VA’s saying that they can handle whatever the active duty throws at them. Though some of the service organizations … They’re worried they may be left to do a lot of the sort of basic things like the sort of job training and figuring out benefits.They may have to be the ones to reach out if the military starts releasing people too quickly.

On what to pay attention to moving forward:

Up until this point, after those tweets came out, both the military and the VA were very clear that nothing at all will change... Until there’s an actual policy direction. Now we’re seeing some hints at what that is going to look like, but there’s still a number of unanswered questions. Also there’s the whole notion of whether or not there might be lawsuits following all of this. Once you allow someone to serve openly and then decide abruptly that they’re not allowed to serve openly, what does that do for someone’s civil rights?

This Transgender Officer's Soldiers Still Have To Call Her 'Sir'

Editor's note: On Thursday, June 30, the Pentagon announced that is has lifted its ban on transgender people serving openly in the military. That's big news for Capt. Jennifer Peace whom we profiled in this story from January.

Capt. Jennifer Peace is a tall, thin woman in a crisp uniform, with minimal makeup and shiny brown hair. But when soldiers call her ma’am, she has orders to correct them.

They must call her sir.

New rules detail how military leaders must treat transgender service members. It's the latest step in the Pentagon's effort to integrate transgender people into the armed forces.