The VA informed student veterans they may become ineligible for GI Bill education and housing funds if their college transitions from in-person to online classes. Congress has quickly passed a fix.

The U.S. Senate and House have quickly passed legislation to clarify that student veterans can keep receving their G.I. Bill benefits if their academic programs remain online due to the COVID-19 pandemic.

The Congressional action followed an announcement by the Department of Veterans Affairs earlier this month that informed students that those tuition and housing benefits could be at risk.

Colleges and universities across the country have discontinued traditional in-person classes, replacing them with online instruction in order to reduce the risk of spreading the virus.

But in its announcement, the VA said students who pay for their education through the Post 9/11 GI Bill may see their benefits reduced or eliminated if their institution has switched to remote learning.

The notice said students could keep receiving benefits only if their school’s state approving agency has authorized it to offer online instruction. It's not clear how many programs or institutions that would have affected; the VA didn't provide a list.

The announcement caused widespread confusion and concern among student veterans.

"What seems like an innocuous and the right move on the part of the schools in terms of moving to online only courses is really a detrimental move to student veterans until there's a legislative fix," said Lauren Augustine, the Vice President of Government Affairs for Student Veterans of America.

Days after the VA announcement, the Senate and House passed a bipartisan bill that allows student veterans to continue receiving their normal allowances even if their programs remain in distance learning mode next semester.

Even before the measure passed Congress, Secretary of Veterans Affairs Robert Wilkie said student vets should not be concerned about their benefits.

"They're not going to lose them," Wilkie said. "They'll still get their benefits."

Augustine said she also was confident the legislation would pass before students saw a disruption. But given that the pandemic has thrown nearly every aspect of life into turmoil, Augustine said veterans were worried.

"I don't think that there's ever been a time where we've seen mass movement of universities from in-person classes and businesses as normal to upside-down world and classes online and canceled and moving out of the dorms with no notice," she said. "And we're all sort of figuring this out as we go along."

Based on her "back-of-the-napkin" math, Augustine estimates upwards of half a million student veterans could have been affected if Congress didn't act.

While some students were grateful to the VA for sending a series of updates on the situation, others were frustrated at the ambiguous information the Department provided.

Cristine Pedersen, who formerly served as the Georgetown University chapter president of Student Veterans of America, is currently using the G. I. Bill to pursue a masters degree. She said she found out through a WhatsApp message containing a screenshot of a twitter post on the topic. Even then, she said, the message was hard for her to decipher.

"If my benefits are impacted, we don't have any income coming into our home," she said.

Pedersen said despite that uncertainty, she's already a lot more secure than plenty of her peers. Many veterans using the G.I. Bill are also supporting families or haven't had a chance to build up savings.

And Pedersen feels lucky that as a veteran, it's more likely than not that her needs will be heard by lawmakers on both sides of the aisle.

"We're actually really privileged in the fact that everyone cares about us," she said.

Carson Frame contributed to this story from San Antonio. 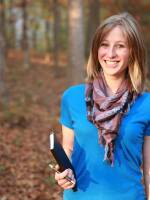