Amid debate over President Biden's decision to withdraw American forces, veterans who served in Afghanistan say the situation is hard to understand if you haven’t been there.

As members of the Association of the United States Army met for beer call at a hot, sunny rooftop bar in Overland Park, Kansas, their conversation quickly turned to the ongoing withdrawal of U.S. troops from Afghanistan.

Three of the five veterans at the table spent time in Afghanistan as Army officers. Each is an executive advisor now - one in finance, and two in leadership and career coaching.

Emma Toops served in 5th Corps operations center at the Kabul International Airport from 2012 to 2013. She disagrees with the way some media agencies are portraying the withdrawal.

“I think the narrative is skewed to where it was all for nothing, and that it was completely useless, it was a whole generation of 20 years gone and down the tubes,” she said.

Toops said that in two decades of involvement, a lot took place on the ground that received little or no coverage. Things like interactions and experiences that mostly affected the Afghan people, which made the extended involvement worthwhile as far as she’s concerned.

The tribal, elder-run environment of Afghanistan is unlike anything Americans are used to, she said. And until the American presence in Afghanistan, the Afghans were nearly as unfamiliar with U.S. systems of governance and ideals.

But, Toops said, a generation of Afghans has now grown up around Americans, in addition to the many who were teenagers or young adults at the start of the war.

“I think our presence and support of building up their military and their capabilities as well as supporting the dialogue as far as governance at the local level, getting communities to actually care about what the government dictates in how their lives are run and or managed,” Toops said.

She said Afghanistan’s geographic diversity leaves many people isolated. Whether or not American influence informs the coming months and years depends a lot on the area in question.

As drinks arrive at the table baking under Kansas’ summer sun, Grant Montgomery said he thinks it’s “time to come home” from Afghanistan.

“I think about Germany,” he said. “We still have forces in Germany, and that was a while ago. Korea, we have forces in South Korea and in lots of other places that are left over from things that maybe we don’t need to be present in.”

While the situations Montgomery cited are admittedly disparate, AUSA chapter president Scott Weaver is quick to point out that anywhere the U.S. has a presence is in advancement of U.S. policy objectives. The purpose the presence serves was set by civilian government authorities carrying out the will of the American people, he said.

Weaver worked to establish the Afghan National Army at U.S. Central Command from 2002 to 2005. He won’t directly say if he thinks the withdrawal is overdue or premature but recognizes that the war has gone on so long it’s forgotten by many Americans.

But, unlike other veterans who’ve pushed against the out-of-sight-out-of-mind attitude by posting under the hashtag #foreverwar, Weaver can see the general public’s forgetting as a good thing.

“That’s really a strength of our country, that our military is so effective and so good, and we have geographic advantages that allow us to really be focused not on our national security day in and day out and getting attacked by someone else, but to be able to be focused on other things,” he said.

As to what Afghanistan will look like post-U.S. involvement, he said to look at its history, which is riddled with the arrival of conquerors and desperate grabs both for power and for stability. He offered a reminder that the Taliban came to power by defeating the opposition in a civil war spurred by the Soviets’ withdrawal.

They want to keep the reflections positive. Toops said that the great value of the war was exposing Afghans to freedoms Americans take for granted. 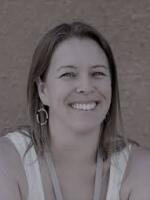