Six years after the Veterans Community Project started building tiny homes for homeless veterans in Kansas City, the idea is proving to be a big hit.

The nonprofit’s campus, with its tidy rows of tiny homes, looks like a miniature version of suburbia. And there are plans to expand — both in Kansas City and across the country.

For residents like Christopher Perry, the allure of independent living plays a big role in the organization’s success.

Perry joined the Marine Corps when he was 17. He deployed to Iraq and was promoted several times. But he struggled with substance abuse and what was later diagnosed as PTSD.

He got demoted, and after about eight years, Perry was kicked out of the military on an other-than-honorable discharge — also known as a bad paper discharge.

He described the next decade of his life in four succinct words: “prison, drugs, homelessness, alcohol.”

Traditional homeless shelters were an option, but Perry said he didn’t like living with so many strangers. About a year ago, he found the Veterans Community Project and moved into his own 240-square-foot home.

Now, instead of bunkmates, he has neighbors.

“When you’re homeless, you learn to keep to yourself,” he said. “That’s the safest way to go about things… but out here is different.”

He said neighbors share leftovers or go in together on groceries. They can chat outside their homes without having their personal space invaded.

When residents move into the village, their homes are fully stocked with groceries and cutlery. The bedding and towels are brand new. It all belongs to the resident, who can keep it even after he or she leaves for permanent housing.

“That’s like the best thing ever,” Perry said. “If you go to a homeless shelter, you’re sleeping on stuff, you don’t know who had what, or if it was even washed or how many people slept on that before you got there.”

Wes Williams, the director of veterans services at VCP, said the idea is to give residents a sense of ownership and dignity. But as a combat veteran himself, Williams knows many residents have experienced trauma. As he led a tour through a home, he noted it's designed from the ground up with security in mind.

“There's one way in and one way out,” he said. “The bed is here in the back corner, and that's designed so if they're laying down here in their bed, (residents) don't have to worry about somebody sneaking up behind them.”

But the VCP development contains more than just tiny homes. There’s a community building and an outreach center, where residents can link up with veterans service providers as they work to find stable housing, employment and health care. There are also plans to house other veteran service organizations — a sort of one-stop shop for veterans who may lack reliable transportation.

“This isn't just an opportunity to get a couple of months and then you're back in an apartment or something like that,” Williams said. “This is really an opportunity for you to take a deep breath, exhale, and learn how to dream again.”

Perry, the Marine Corps veteran, still has the cardboard sign he used to hold while panhandling around town. But it’s more of a memento than a backup plan. He’s enrolled in automotive classes at a local community college and hopes to eventually earn his commercial driver’s license and become a truck driver. He also has plans to move out soon.

Cities across the country are taking note of VCP’s success.

In Sioux Falls, South Dakota, planning director Jason Bieber saw VCP as a model when the city started thinking about where to house its homeless vets. Sioux Falls leaders reached out and ended up becoming partners.

“I think it was always in the back of our mind as being the dream to partner with them and do one of their villages up here,” he said. “But (we) never thought that would necessarily be a reality.”

He said the city has identified a plot of land for its tiny house village and hopes to break ground soon. VCP villages in St. Louis and Longmont, Colorado, are also on the way. The organization hopes to have similar villages in eight other cities by the end of 2022. 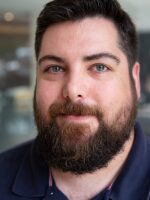