A recent study found military families are spending more time and money to find places to live when they change duty stations.

The past year has been a whirlwind for Lisa Koroma and her family of five.

They picked up everything to move from South Korea to Colorado Springs after Koroma’s husband, who’s in the Army, received orders last fall that his duty station was changing from Camp Humphreys to Fort Carson.

“This was the worst move I’ve ever experienced,” Koroma said. "I feel like what we were walking into we were just ill prepared for.”

Koroma’s frustration and exhaustion from the move is evident when she details her family’s challenges, which really started mounting once they were stateside. Base housing at Fort Carson was full, meaning they needed to stay in a hotel while looking for a place to live.

In a hot housing market, it took about a month to find something that might work for her family.

“We were in a rush at this point because we’re racking up hotel bills and breakfast, lunch and dinner because you’re in a hotel for a family of five,” she said. “We’re like, ‘Whatever it is, we’ll take it!’”

But they made compromises, Koroma added, like the cost of the house and the school she preferred for her children. The rental they’re living in now costs more than the monthly housing allowance her husband receives from the Army, she said.

Still, it was better than more hotel bills. At the time, the Defense Department only covered 10 days of temporary lodging expenses.

“And they don’t cover the whole portion because we had two rooms,” Koroma said. “It was almost like they just assumed the soldier was moving, so they covered the soldier but not the family.”

There were other out-of-pocket costs too, such as rental cars and furniture while they waited for their vehicles and belongings to arrive from South Korea, she said. All in all, Koroma estimates her family spent around $10,000 of their own money on the move.

“Had I known that, we would have prepared better,” she said. “We’re using credit cards, which we still haven’t caught up on those bills. So we’re chipping at that.”

Koroma’s experience moving as a military family in the past year is hardly unique.

A September relocation and housing pulse check from Blue Star Families found military families are spending more time and money to find places to live when they change duty stations.

“Already moving for reassignment is a challenge, and we embrace that role very well as military families,” said Kimberly Gold, one of the study’s authors. “But to now hear that military families are using ‘dismal’ and ‘nightmare’ as a recurring theme. It bothers me.”

Nearly half of the families in the survey needed more than 20 days in temporary housing. In some extreme cases, that time exceeded 90 days.

The Defense Department covers only 14 days of temporary lodging expenses, which it expanded from 10 days earlier this year.

Once families manage to find a place to live, they reported spending an average $336 a month more than their military housing allowance on their rent or mortgage not including utilities.

“When you’re spending more money on one thing, you have less money for anything else,” she said. “Which doesn’t just affect the families but it turns around and affects the military because if you’re worried about whether your kids got to eat this morning, you’re not focusing on your job.”

Other things going by the wayside for military families include household belongings and trips to visit friends and relatives, Gold said.

“They’re sacrificing all of these little things that make life just a little sweeter,” she said. “Why are we to the point where we’re sacrificing seemingly everything?”

Pandemic induced gyrations in the housing market and high inflation exacerbated the situation for military families, who already have little agency over when and where they move, said Jessica Strong, another one of the Blue Star Families study authors.

“They may wait a little longer in temporary housing if they want to move into military housing, which they know is less expensive over time,” she said. “Or they may feel pressured to move into permanent housing sooner rather than waiting for months on end.”

‘This PCS really just wrecked us’

For military families who want to save money by using military housing, the waits can be months or even years long, Strong explained. And it’s no silver bullet.

Deanna Johnson, her husband who’s in the Navy, and their two daughters moved to Whidbey Island in Washington state this October and opted to live in housing on-post managed by a private company.

A comparable home to the one they’re in now costs $2,800 a month, well over the $2,100 a month housing allowance Johnson’s husband gets from the Navy, she said. Before his promotion to Navy First Class, their allowance was $1,500 a month.

“The housing market here is insane,” Jonson said. “We looked at our budget, and were just like, there's just no way we could pay more than our housing allowance.”

But the experience with military housing has been far from smooth. Everything from coordinating paperwork to removing the smell of tobacco from their garage was an ordeal, Johnson said.

“Anytime we tried to talk to them, it was just as if we were bothering them,” she said.

Now, she and her husband are reconsidering if their whole family will move the next time a permanent change of station, or PCS, order comes down, Johnson said.

“This PCS really just wrecked us,” she said. “We have two young children and didn’t want to be separated from each other. It was as if we were trying to force military housing to work for us.”

‘When are you getting out?’

Johnson and her husband are also considering if their best option is to leave the military altogether.

It’s a common thought among many military families, Gold said.

“We have these stories where family members are pushing and encouraging their service members to get out of the military because they say they cannot afford this mentally or financially,” she said.

The Department of Defense has responded to some of the challenges facing military families around housing. It issued a temporary increase to the military’s basic allowance for housing this September in some markets where rents have ballooned. But those only apply in 28 places across the country.

Colorado Springs, where Lisa Koroma’s family lives, isn’t one of them.

She says the strain from this move has her asking her husband if he can retire from the Army sometime soon.

“I’m tapping on his back every day: ‘When. When are you getting out?’” she said. “He’s close to the mark where he could get out and nobody would say anything.”

This isn’t necessarily what she or her husband want. Koroma was emphatic in her deep appreciation for what the military has provided her family.

“I love the military; my husband loves the military,” she said. “We love what it’s afforded us: his career, his education. Some education for me was covered through the GI bill, which I took wholehearted advantage of.”

But Koroma explained her family needs more support from the Army for that lifestyle to make sense, especially after the challenges they faced moving this time around.

“I never want to do this again,” she said. 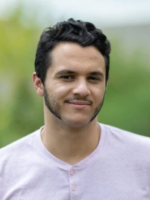