The text version of this story has been updated to reflect that the Marine Corps has begun processing an administrative separation for Victor Krvaric because of earlier misconduct unrelated to extremism.

But the outcome of Krvaric's case brought little clarity.

The younger Krvaric faced allegations that he applied to the neo-Nazi group known as Patriot Front. The allegations were first raised by the Activated Podcast in San Diego, after the website Unicorn Riot published leaked Patriot Front chat transcripts.

A Marine Corps investigation concluded "misconduct had occurred, and the command has taken disciplinary actions," according to a statement from Lt. Col. Craig Thomas, a Marine Corps spokesman.

"The findings have been documented in his military record," the statement said.

While the statement didn't specify the nature of those disciplinary actions, it also said that Krvaric is being processed for administration separation from the Marine Corps for prior misconduct unrelated to the investigation. Thomas said the prior offense is not connected to extremism.

The administrative separation process is similar to a civilian being fired. Marines can challenge the decision. Unlike a court-martial, it does not carry a criminal penalty.

When the extremism allegations against Krvaric became public earlier this year, experts said even if the Marine Corps confirmed that Kravaric applied to the neo-Nazi group, it was unclear whether what discipline he would face under the military’s code of conduct.

In December, the Department of Defense updated its policy on radicalism to ban "active" participation in gangs or groups that advocate supremacist extremist ideologies that discriminate based on race, religion, or ethnicity. Active participation includes fundraising, attending rallies, recruitment, and training.

"What they didn't do, however, is add a prohibition of membership in white nationalist organizations," said Devin Burghart, executive director of the Seattle-based Institute for Research and Education on Human Rights. "Those changes are wholly insufficient to address the problem."

Burghart calls the military’s banning of active participation while allowing membership a "distinction without a difference."

"The act of joining an organization and making that leap to become a member is already a sign that you're deeply enmeshed inside that organization's ranks," he said. "It also means that you may be participating in other parts of the organization."

While there is a long history of extremism and white supremacy in the armed forces, arrests of people with military links for crimes related to extremist views rose 300 percent over the past decade, with most of that increase coming in the last several years, according to a recent study. The increase was largely due to the violence stemming from 2017’s “Unite The Right” rally in Charlottesville, Virginia, and the Jan. 6 Capitol insurrection.

In 2020, the FBI notified the Pentagon that nearly half of its 143 criminal investigations of current and former service members involved domestic extremism, according to the Center for Strategic and International Studies in Washington D.C.

In response, Defense Secretary Lloyd Austin asked members of the military’s rank and file last year to do their part to stem extremism.

"We need your help," said Austin, who is the nation’s first Black defense secretary. "I’m talking, of course, about extremism and extremist ideology, views and conduct that run counter to everything that we believe in and which can actually tear at the fabric of who we are as an institution."

Pentagon Press Secretary John Kirby said in December that the Defense Department did not create a list of banned extremist groups, because organizations can disband or reform themselves.

He also emphasized the department deliberately confines itself to prohibiting activity instead of ideology or political opinions.

Cristine Chvala, a Black Navy vet who served in San Diego, said she experienced discrimination both overtly and in more subtle ways.

“It's masked with things like favoritism, with some manipulation in different arenas,” Chvala said. “It's definitely still there. It's just well hidden.”

"It’s so deeply rooted into everything that they do," Chvala said.

Burghart agreed that the problem is endemic. He contrasts the military’s policies on extremism with how it handles acts of infidelity by service members. Under the military’s code of conduct, proof of adultery leads to discharge, no pay, or even confinement.

"Whereas with white nationalist activity, it is far less clear,” Burghart said. “Service members will tell you that not only is it unclear as to what falls in and out of those categories, but it also means that the ability to report that and how that is handled is also quite murky, and that makes it challenging to maintain the kind of discipline and morality you need inside these units."

Spencer Sunshine, who researches far right groups, speculates that the military may be reluctant to develop clearer, tighter rules on extremism because it’s afraid of what it might find. If polls showing that between 5% and 10% of Americans hold white supremacist views are correct, then a monumental task awaits the leadership.

“Who wants to or could remove or discipline 10% of the people in the military?” Sunshine asked. “That would be even logistically a huge problem to do, and it would create lots of internal problems in the organization. So it could be that they don't want to know.”

Regarding the investigation into Victor Krvaric, Burghart said any consequence less than a discharge for the neo-Nazi activity is reflective of yet another deficiency in the updated policies.

"Reservists take the same oath that everyone in the military takes," he said. "And they have an obligation to serve and protect and defend the Constitution of the United States. And that is to do so for everyone, not just for white folks, but for everyone." 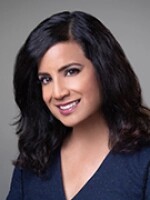